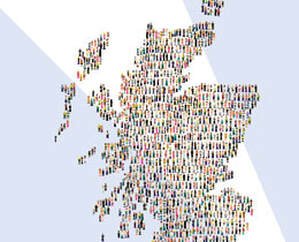 Taken from the Blog of Sr Isabel Smyth – www.interfaithjourneys.net 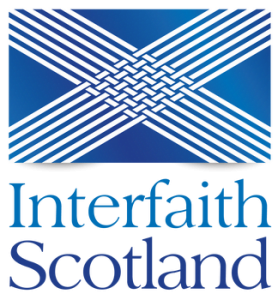 Interfaith Scotland is preparing to celebrate its 20th anniversary. It began life as the Scottish Interfaith Council. It was accepted as a Scottish charity by OSCR, the Office of the Scottish Charity Regulator, on 10th October – the date chosen for the 20th anniversary celebrations. But as you might expect this was not the launch of the Council but rather the end point of many years of discussion and dialogue which had grown in importance after Scotland had voted to have its own Parliament.

It was on 1st July 1999 that the Scottish Parliament was opened by the Queen. It was, in the words of Ian Crichton Smith “the beginning of a new song for Scotland”. It was a day of rejoicing, redolent with possibilities and hope. There was a new sense of what it meant to be Scottish and a desire to make the Parliament work. There was a desire on the part of the new government to be inclusive of all faiths and none, indicated by the fact that the chair of the newly formed Council was present in Holyrood that day and took part in the joyful procession up the Royal Mile past the Queen and beaming new First Minister Donald Dewar.

Discussions about a national interfaith body had been taking place since 1992, encouraged by Brian Pearce of the UK Interfaith Network who probably foresaw the implications of devolution for interfaith relations in Scotland in a way that those of us engaged in interfaith at the time didn’t. The Interfaith Network had been launched in 1987 and as part of its work had occasionally held networking meetings of local interfaith groups in Scotland, of which at the time there were only four – Glasgow, Edinburgh, Aberdeen and Dundee.

In 1994 I undertook to explore the idea a Scottish Network. I met with whole range of people from faith communities as well as a number of interfaith practitioners the length and breadth of the country.  There was a lot of interest in this but a certain hesitancy because of a concern that a new structure might divert time and energy away from existing interfaith initiatives and faith community commitments, some of whom were setting up new initiatives to interact with the Parliament. It was about this time that the Churches Parliamentary Office, the Scottish Council of Jewish Communities and the Muslim Council of Scotland were established.

What emerged as a result of this research was a Scottish Interfaith Consultative Group located within the framework of the UK Network and formed by representatives of bodies that had membership in Scotland and were already affiliated to the Network. This was expanded to make sure there was a fair representation of all the major faiths in Scotland.  Conversations tended to focus on the kind of Scotland we wanted to live in and what the new Parliament would mean for faith communities. One meeting I particularly remember showed that, apart from the Christians,  religious freedom was a real concern among people of the other faiths  – something that had never entered the head of the majority faith.

It was these discussions and the recognition that others were planning some kind of relationship with the Parliament that led in the end to a more formal organisation – called the Scottish Interfaith Council with representative membership from the major faiths and the established interfaith groups.  Although it was formally recognised as a Scottish charity on 10th October 1999 it had actually been launched weeks before that in St Mungo’s Museum by Patricia Ferguson the deputy Presiding Officer of the Parliament. The link with Government was important and its support helped establish us. As happens so often things happen by chance. It was an encounter with Jack McConnell MSP and his wife Bridget, Head of Glasgow Museums, at a Royal Garden Party that  we got the promise of a senior politician to launch the Council and  a desk at St Mungo’s Museum from which to work.  In the beginning we had to learn how to work together and how to develop this burgeoning organisation.  Almost immediately problems of membership and identity arose – something that we in our naiveté had not foreseen.

Immediately after the launch of the Council we received a letter from the First Minister’s office saying that he would like to meet with the Council on an annual basis – an extension of the traditional meeting that the Secretary of State for Scotland had had with Church leaders. It was at the second of these meetings that the then First Minister, Henry McLeish, offered us funding which allowed us to employ a secretary and development worker. This meeting with the First Minister continues until today.  Another significant moment was the request from the Moderator, the Cardinal and Episcopal Bishop of Edinburgh to organise a gathering of religious leaders as a response to the attacks of 9/11 2001. It took place in Scottish Churches House, Dunblane, and included a reflection on the values on the Scottish Mace: wisdom, justice, integrity and compassion as values that united us in our common concern for the future of Scotland.  This meeting also continues until today.
​
There never was a master plan for the Scottish Interfaith Council – it grew gradually, eventually changing its name to Interfaith Scotland. But it has continued to flourish thanks to the involvement and commitment of so many people who participated in its development and continue to work for it today.  It has made a significant contribution to interfaith relations in Scotland and to the well – being of our country. Long may it flourish! 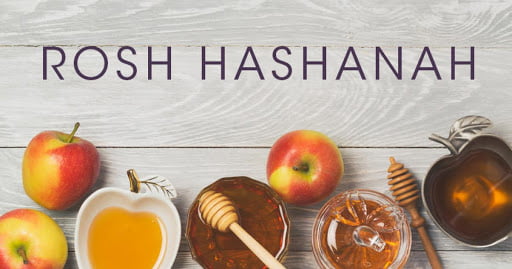 Guest Blog from Esther Sills, Programme Manager for The Council of Christians and Jews 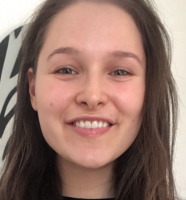 At the beginning of October the Jewish community are celebrating the High Holy Days.  These are “ten days of repentance” which include Rosh Hashanah, Yom Kippur and the days in between, during which time Jews should meditate on the subject of the holidays and ask for forgiveness from anyone they have wronged.

This Sunday evening marks the start of the two day Jewish New Year festival Rosh Hashanah. The Hebrew word Rosh Hashanah translates as “the head of the year” and commemorates the anniversary of the world’s creation and the beginning of humanity[1]. The essence of Rosh Hashanah can be understood as both that of rejoice and introspection[2]. A time where Gd’s conception of society is celebrated but equally where the actions of humankind within that society are recalled and reviewed with sacred judgement. It is at this time of sacred judgement that deliberation upon the inauguration of humanity’s role is encouraged and both the manner in which one’s life has manifested in the year passed and the form in which it can manifest in the year to come is also reflected upon[3]. Many observe this time of divine appraisal with customs of prayer and symbolic practice. Special synagogue services are run by some throughout the day in which prayers for peace, blessing and of repentance take place. It is during these prayer services that many will sound the loud blasts of the shofar[4] (ram horn), a ritual which (amongst other purposes) serves as a wake-up call to one’s moral and spiritual conscious[5]. Throughout the festival many will also consume sweet foods, such as apples in honey, to symbolise the sweet New Year that one hopes to have.

This notion of internal contemplation and reflection, embedded within the theme of Rosh Hashanah, resonates with much contemporary salience. This is because as the shofar horn is sounded, and its loud blasts ricochet, an alarm is raised[6]. An alarm with a purpose which transcends that of mere auditory arousal. An alarm which serves to stimulate the confrontation of one’s own moral and spiritual doings: “awakening the slumbering souls that have grown complacent”[7]. This urgency of the shofar to address the values of passivity and complacency is very much applicable to today’s social context[8]. We live in a time of global moral crisis. Egotistical cultures of selfishness and ignorance plague society, and the neoliberalisation of human suffering is firmly placing blame and responsibility at the feet of the individuals in need. Humanity is bleeding. Yet we have manufactured this phantomic narrative which is systematically undermining the notion of universal moral duty and is, in turn, legitimising and perpetuating an ethos of moral complacency.

We must challenge this harmful social fiction that is extracting unity and proactive collective duty from the framework of societal healing. We must apply the message of Rosh Hashanah and awaken our spiritual and moral consciousness. We must, as the shofar does, “sound an alarm” [9] by proactively speaking out against the evils that are injustice and suffering. As it is only through such active nurturing of the collective good of humanity that one is able to “keep the way of the Lord by doing righteousness and justice”[10] and sub-sequentially construct a society which “acts justly and loves kindness”[11].

Wishing those celebrating a meaningful Rosh Hashanah and a year ahead that is filled with healing, blessings and peace for all.