A global virus has done what we human beings have been incapable of doing – reducing carbon emissions. For the first time in a long time Beijing is without pollution and citizens can see blue sky, the canals of Venice are clear and fish and dolphins are returning. Is coronavirus the cosmos reaching out for equilibrium and will we humans learn from it?  So much of ordinary life has changed but nature goes on and there are signs of spring everywhere. Even religious services have been cancelled but there’s still much to celebrate in religion. Recently there’s been a rash of religious festivals, all around the 21st March.

On 21st March the Baha’i community ended their nineteen day fast with the festival of Naw Ruz, which is also the Iranian and Zoroastrian New Year. Taking place, as it does, at the spring equinox it symbolises the new life of spring and is associated with the Most Great Name of God. Sending greetings to the Baha’i community, Bishop Brian McGee, chair of the Bishops’ Committee for Interreligious Dialogue commented that there is a lesson for all of us in this, especially those of us who are believers: “For those of us who are believers the sovereignty of God is a counterpoint to the material and consumerist culture of our times.  Coronavirus, climate change and its consequences, conflicts between and within nations are indicative of a world in which humanity has forgotten that life is a gift, that we are all brothers and sisters sharing a common home with a responsibility of caring for creation and one another for the sake of future generations.”  Shall we be more aware of this when the present crisis is over?

Another spring festival which lasts over two days is the Hindu festival of Holi. Like all Hindu festivals there are stories attached to them – one is of a demon Holika who was burned on a pyre in place of Prahlahda who insisted on worshipping the God Vishnu. Another is of the Lord Krishna who being worried that Radha would not accept his blue skin was encouraged by his mother to rub any colour he wished on Radha’s face. So the carnival atmosphere during Holi involves the lighting of bonfires to symbolise the overcoming of evil and throw coloured paint and powder over one another. I was in India once during Holi. We danced round the bonfire but I retired well before the others who danced and sang all through the night. The next day we were bombarded with coloured water bombs that seemed to come out of nowhere. This year Holi was celebrated at the beginning of March, before the virus kept people off the streets.

At the same time as the Hindu community were celebrating Holi, the Jewish community were  celebrating the carnival festival of Purim.  Purim recalls how Queen Esther saved the Jewish community when the wicked Haman had convinced King Ahaseurus of Persia to issue a decree ordering their extermination. The story is told at Purim when the Book of Esther is read through twice in the synagogue. Every time the name Haman is mentioned it’s drowned out with rattles and hooters and boos from the congregation. Children also wear fancy dress and there’s a sense of hope and celebration, a bond of unity within the community and a belief in survival in the face of what in the story seemed a hopeless situation.  I’m sure this festival has taken on added significance since the Nazi attempt to exterminate the Jews. It’s a lesson for all of us that life can come out of death, that hope can overcome despair, that communities that stand together can and do survive.

Last year these three festivals fell on the same day. This year Purim and Holi were held earlier in March while Naw Ruz was celebrated on 20th. They’ve a certain amount in common, being Spring festivals. Purim and Holi have a carnival atmosphere and all of them a sense of new beginnings, a sense that light can follow darkness. As the world faces these dark days of isolation and quarantine their message can give us hope and confidence that this too will pass, that a new life is possible, that we will one day be able to celebrate once again with family and friends. 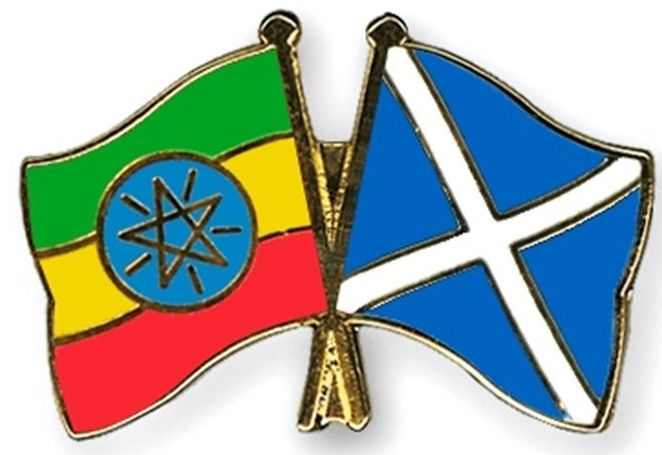 During my last trip to Glasgow, a few weeks ago, I took the opportunity to visit a thriving Christian community from Ethiopia. Their Church is one of the most ancient in all Christianity, having split from mainstream Catholicism in AD 451. To most Christians, they often seem forgotten about – indeed, it seems true that while people often know about the Eastern Orthodox Churches, the Oriental Orthodox Churches are virtually unknown. The same might be said for the Assyrian Church of the East, but that’s another community altogether. For many centuries the Oriental Orthodox were known as the “Monophysites”, but they prefer to be known as “Miaphysites”. This nomenclature and theological differences over Christ’s Nature are too complex to detail here, but it is interesting to note that over the past 20 years or so, movements towards full Communion with Rome are underway. Pope Francis seems to have been leading some of the most recent efforts, in 2015 creating a Catholic Church for Eritrea, in close dialogue with the Eritrean Tewahedo Orthodox Church. Eritrea and Ethiopia share the same patronage, and while their Church has two branches for each country their core is one.

Ecclesial background asides, the community in Glasgow is vibrant indeed but still finding its feet. For a few years, the Kinning Park Church of Scotland have very generously given over their premises to the Tewahedo congregation, who celebrate their Liturgy in the afternoon. St. Peter’s Catholic Church in Hyndland has likewise kindly provided Eucharistic services, around once a month, for the same group. Worship on most Sundays is thereby at Kinning Park, but Eucharist is celebrated at St. Peter’s through the year too. During the Liturgy at the Church of Scotland building, there are a variety of striking points.

My friend Kevin and I were immediately welcomed with open arms by the presiding Deacon and other members of the congregation. Each man wore a white robe, loosely wrapped around the shoulders, with a Cross imprinted on the back. The women wore long dresses, also in white, with veils on their heads too. Within minutes of our arrival, we were impressed in that the Deacon immediately offered us robes for the service, which we gladly wore in a spirit of fraternity. We would wear these for prostration, the Orthodox equivalent to kneeling. As we sat awaiting the start of worship, various Holy paintings (or Icons) – some inspired by the Catholic “L’Art Saint Sulpice” – were erected on chairs at the front of the Church. In the middle of these was a special chair, laden with blue velvet covering, upon which rested a painting of the Holy Trinity. This was to serve as a kind of throne for this Holiest of images. The Church congregation kindly explained the origin of each piece of Sacred artwork, and their pride was an Icon of St. Hripseme. Though being an Armenian Martyr, from the 3rd century, she holds a very special place for the Ethiopian and Eritrean Churches. The official patronage for the Glasgow Ethiopian Church is under her name.

The service (which we expected to last 45 minutes) took about 3 hours to end! Afterwards we were encouraged to take tea and banana cake with the community, which we felt we couldn’t refuse. We were invited to return again, and I’m sure we shall. Indeed, generally the whole experience was very uplifting, and in the service especially. Dancing and liturgical singing took up at least half of the time – all in the praises of God, but a chance also for the people to enjoy themselves. Turns were taken in playing the drum, and people practiced their singing. Children were accorded a first place in the whole Liturgy – it was they who read the Scripture, they who intoned the prayers of the Faithful. Moreover, they were free to run about and play through the whole three hours, even if they had to keep relatively quiet! Overall, the spirit of Christian Joy was clear in the whole experience.