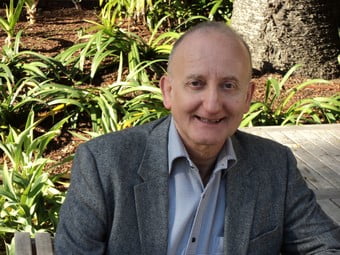 by Dr Duncan MacLaren: Former Executive Director of SCIAF and Secretary General of Caritas Internationalis, and member of the Scottish Bishops’ Committee for Inter-religious Dialogue. He is an Adjunct Professor at Australian Catholic University and completed a PhD on Integral Human Development in 2019. He was made a Knight Commander of St Gregory the Great by Pope Francis in 2016.

One neglected part of inter-religious dialogue is the talk and action between the Catholic aid and development agencies (for example, SCIAF in Scotland) and those from the Islamic faith tradition (such as Islamic Relief). My introduction to this topic was stark.

In my early thirties, I was looking at projects supported by SCIAF in the Islamic City of Marawi in the Philippines. One of them consisted of advocating for free water supplies for the poor. The clean water was supplied by standpipes throughout the town but they had been taken over by local warlords who were charging what was a fortune for the poor. Many people then bathed their children and themselves in Lake Marawi, and took drinking water from the lake with cows defecating just along from them. There was, obviously, a spike in waterborne diseases for all the family.

I was being accommodated by a young, activist Muslim family in their modest flat. They asked me about Catholic Social Teaching and, since they had a blackboard in their living room, I illustrated the principles, where they came from and how they helped us discern the common good. The couple said ‘But we have the same principles in the Qur’an and they told me about them. The trip was cut short when a policeman came to the door and said the ‘American’ would have to leave as his life had been threatened. I was bundled into a car while protesting I was Scottish, and taken down the mountain to a safe house in an Islamic Centre in Iligan City.

Many years later, when I was Secretary General of Caritas Internationalis in the Vatican, this informal ‘dialogue’ led to a partnership between Catholic aid agencies and Islamic Relief, a Muslim aid and development agency founded in 1984 by an Egyptian doctor, Dr Hany El-Banna, and his fellow students at the University of Birmingham. Dr El-Banna came to the Vatican twice to enquire about setting up an international network of Islamic Relief and he established what is now called Islamic Relief Worldwide, partly based on the Caritas model. Caritas Internationalis is a confederation of 165 official Catholic aid, development and social service agencies, SCIAF being the Scottish representative. They are part of the Church not an adjunct to it and work together throughout the world bringing the option for the poor to life. Given that Islamic Relief put its own religious values at its heart, just as SCIAF does, we were also a natural partner for them. SCIAF and other Caritas agencies have worked together with Islamic Relief in humanitarian programmes for earthquake survivors in El Salvador where the Catholic agencies took the lead and in a similar programme in Bam, Iran where Islamic Relief took the lead.

In Christianity, a special place is accorded the poor throughout the Old and New Testaments and becomes solidified in Jesus’ proclamation in the Last Judgement (Matthew 25) that those who stood in solidarity with the poor were ‘Blessed’ while those who did not were condemned. Similarly, in Islam, help for the poor is regarded as a central part of the faith. People who deny religion are even equated with those who neglect the poor. The Qur’an (107: 1-3) says, “Have you observed him who denies religion? That is he who repels the orphan and urges not the feeding of the needy”.

The values of both faiths are the wellspring for Catholic and Islamic aid agencies to move from orthodoxy to orthopraxis (*), as agencies do on the ground in programmes. Increased sharing of those values would enrich both. For Catholics, it would also be fulfilling what the Second Vatican Council document, Nostra Aetate (the Declaration on the Relation of the Church to Non-Christian Religions) encouraged the faithful to do, urging “that a sincere effort be made to achieve mutual understanding [between Catholicism and Islam] for the benefit of all, let them together preserve and promote peace, liberty, social justice and moral values”(par. 3). Catholic and Islamic aid agencies are blazing the trail.

(*) Leonardo Boff defines orthopraxis in Christological terms as “correct acting in the light of Christ” as opposed to the “correct thinking about Christ” of orthodoxy. (In Leonardo Boff, Jesus Christ Liberator: A Critical Christology of Our Time, (London: SPCK, 1990, seventh impression). 46)